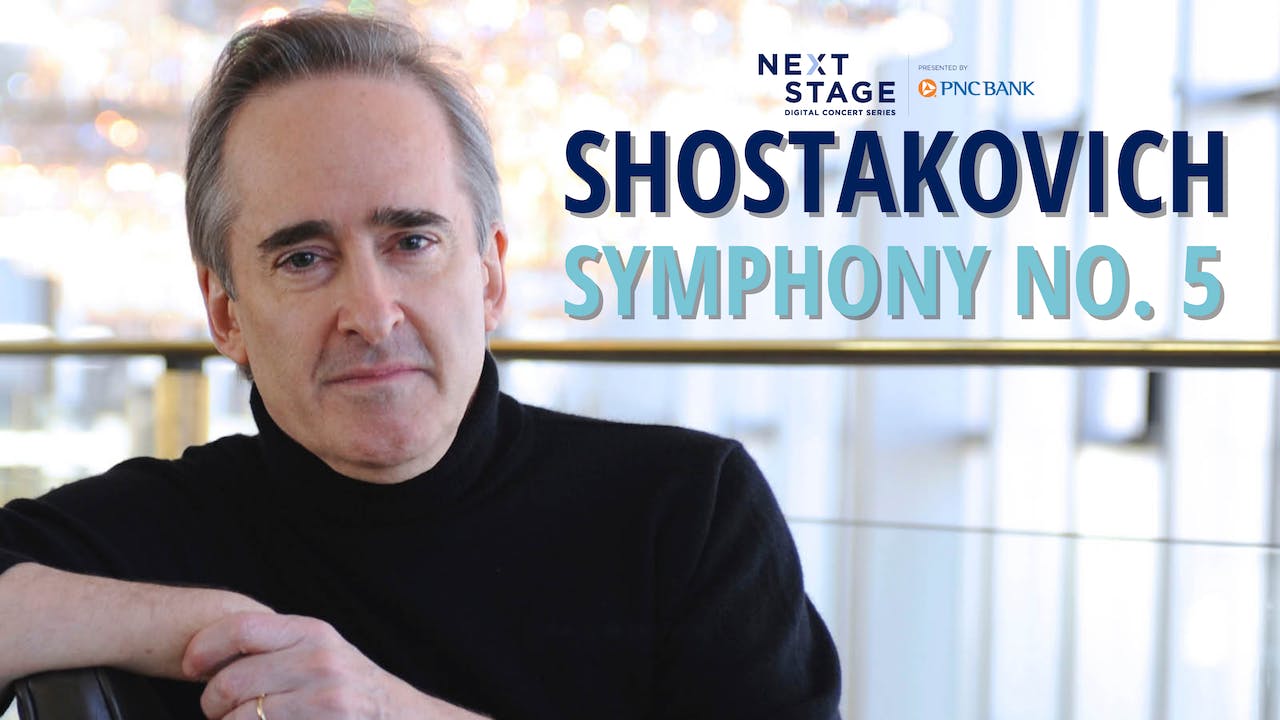 Recorded January 5 & 7-8, 2023, as part of the Texas Instruments ﻿﻿Classical Series. Brought to you as part of the NEXT STAGE Digital ﻿﻿Concert Series Presented by PNC.

Written in just three days at the behest of a conductor of the Bolshoi Theater Orchestra, who due to mysterious political maneuverings and bureaucratic snafus needed a new work to celebrate the October Revolution, and the concert was in three days. Shostakovich’s friend, Lev Lebedinsky, sat down next to him and began to compose. Lebedinsky relates:
“The speed with which he wrote was truly astounding. Moreover, when he wrote light music he was able to talk, make jokes and compose simultaneously, like the legendary Mozart. He laughed and chuckled, and in the meanwhile work was under way and the music was being written down.”

During the reign of Stalin, Shostakovich spent much of his time playing cat-and-mouse games with the culture police; always trying to push his artistic boundaries outwards without offending Stalin by seeming too formalist.
Shostakovich the composer has taken a lot of flack from Western musicologists for seeming to capitulate to the whims of Stalin and his henchmen. At the time, criticism was life threatening, not merely career threatening, which explains why Shostakovich withheld his exploratory Fourth Symphony (being performed later in the season) and composed instead the Fifth to please the regime.

It is interesting to consider how Shostakovich might have perceived the place of the artist in the Stalinist order of things when he relates:

“An artist whose portrait did not resemble the leader disappeared forever. So did the writer who used ‘crude words.’ No one entered into aesthetic discussions with them or asked them to explain themselves. Someone came for them at night. That’s all. These were not isolated cases, not exceptions. You must understand that.”

“It didn’t matter how the audience reacted to your work or if the critics liked it. All that had no meaning in the final analysis. There was only one question of life or death: how did the leader like your Op.? I stress: life or death, because we are talking about life or death here, literally, not figuratively. That’s what you must understand.”